Back to Index
Prev, Next 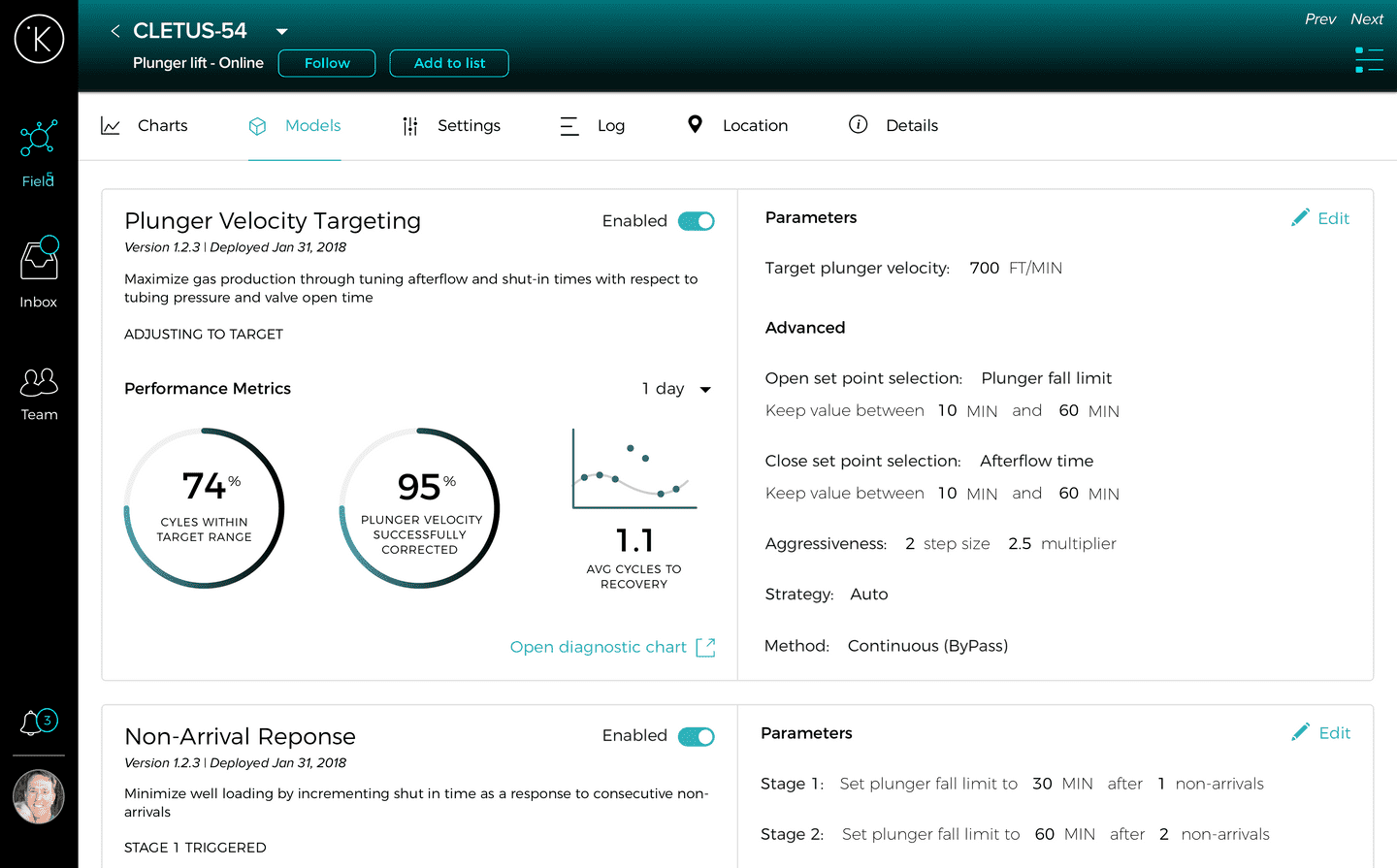 This project is for Kelvin, an industrial automation company. Some key background info:

Before this project began, the Kelvin app was a monitoring and ticketing system for oil and gas. We supported 3 main personas for our clients: 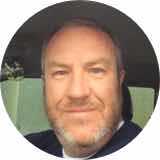 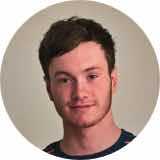 Cares about deviation from expected production 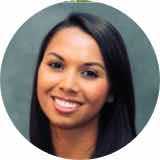 Oversees a team of 5-10 optimizers

Cares about the success of the Kelvin pilot

We needed to make a pivot in order to scale as a company:

This was an ambitious set of goals. The design team's biggest initial questions we had were: 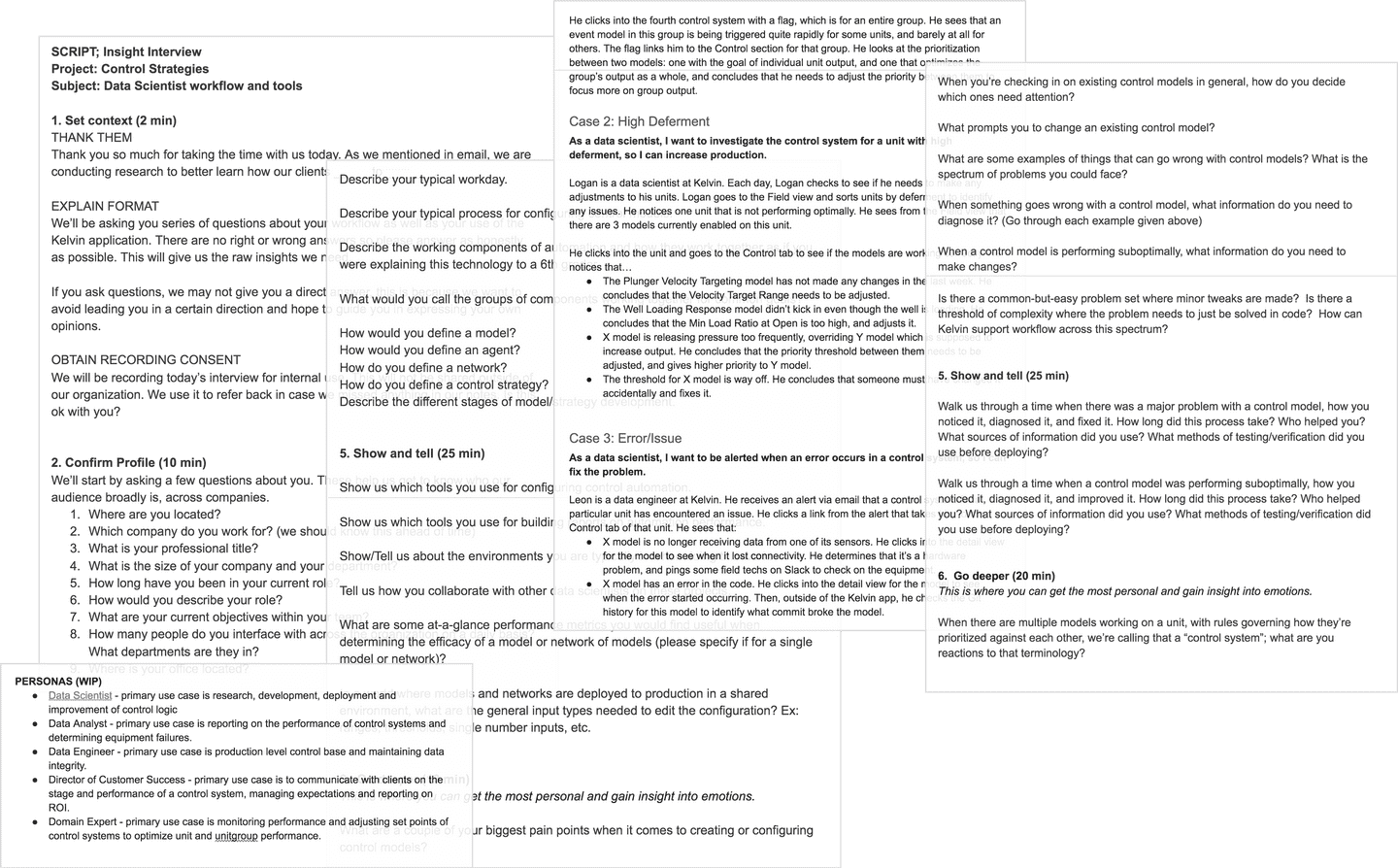 We interviewed 8 data team members to better understand their workflow.

When we started, we didn't know a lot about how control models work on our team. These were our takeaways:

Initially we thought the target user was a "member of the data science team." When we dug in we realized that we needed to get more specific than that.

Based on this, we decided to focus on those data team members, and defined them as a new persona: 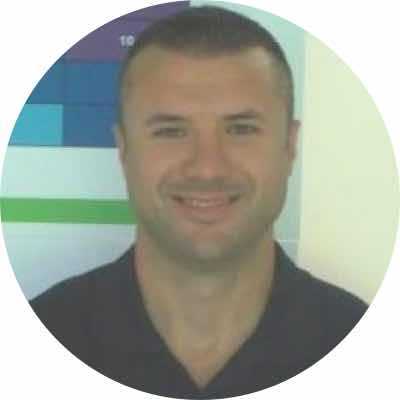 Currently a Kelvin data team member, but a role that we expect clients to have in the future; replaces several optimizers

Has domain expertise and understands the basics of control models; does not code

We identifed several key user needs that we could address as part of this project. Super-optimizers want to: 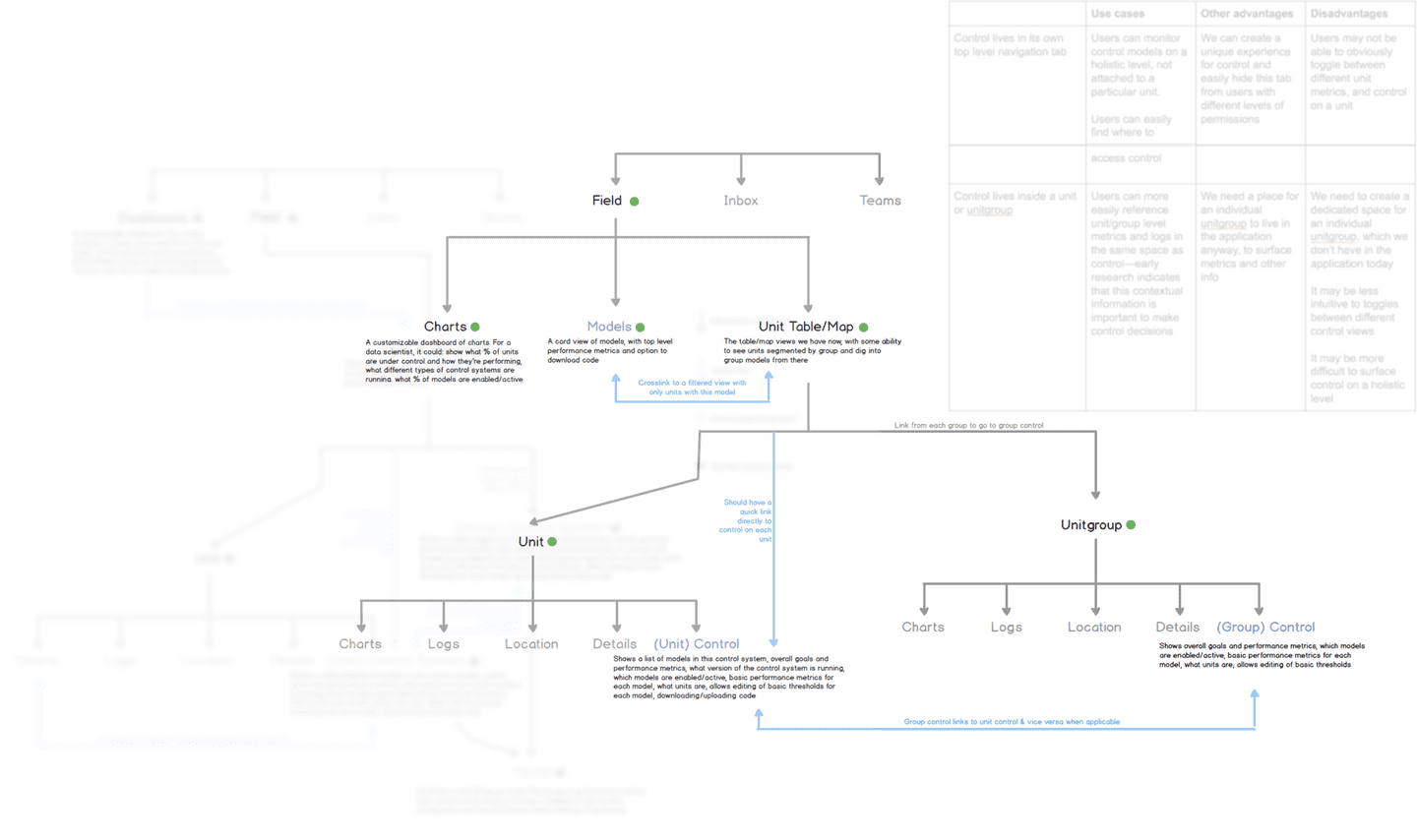 I created some diagrams to show how models could fit into our existing application. Though most of this was scoped out for V1, on a high level I wanted to make sure we were setting ourselves up for future iterations.

A big piece of this project was determining what actually needed to be shown and edited for our control models. It was a long process of interviews and information-gathering sessions with the data team to figure out: 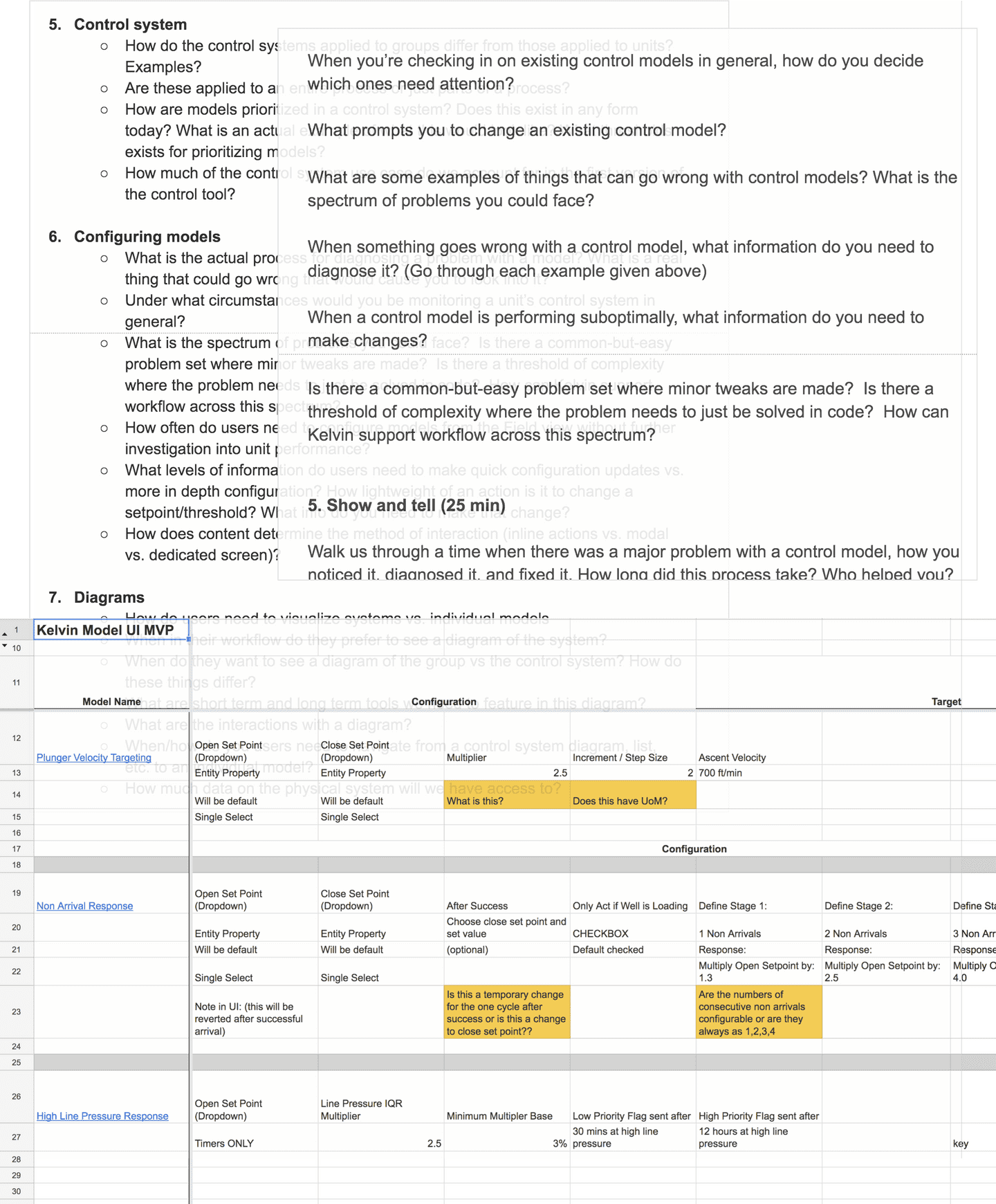 I wireframed some of these views to illustrate our first draft of functionality and model content. We did around of lightweight feedback from the data team with these and got good feedback on content and language.

Left: control models on a specific well. Right: overview of models for all wells 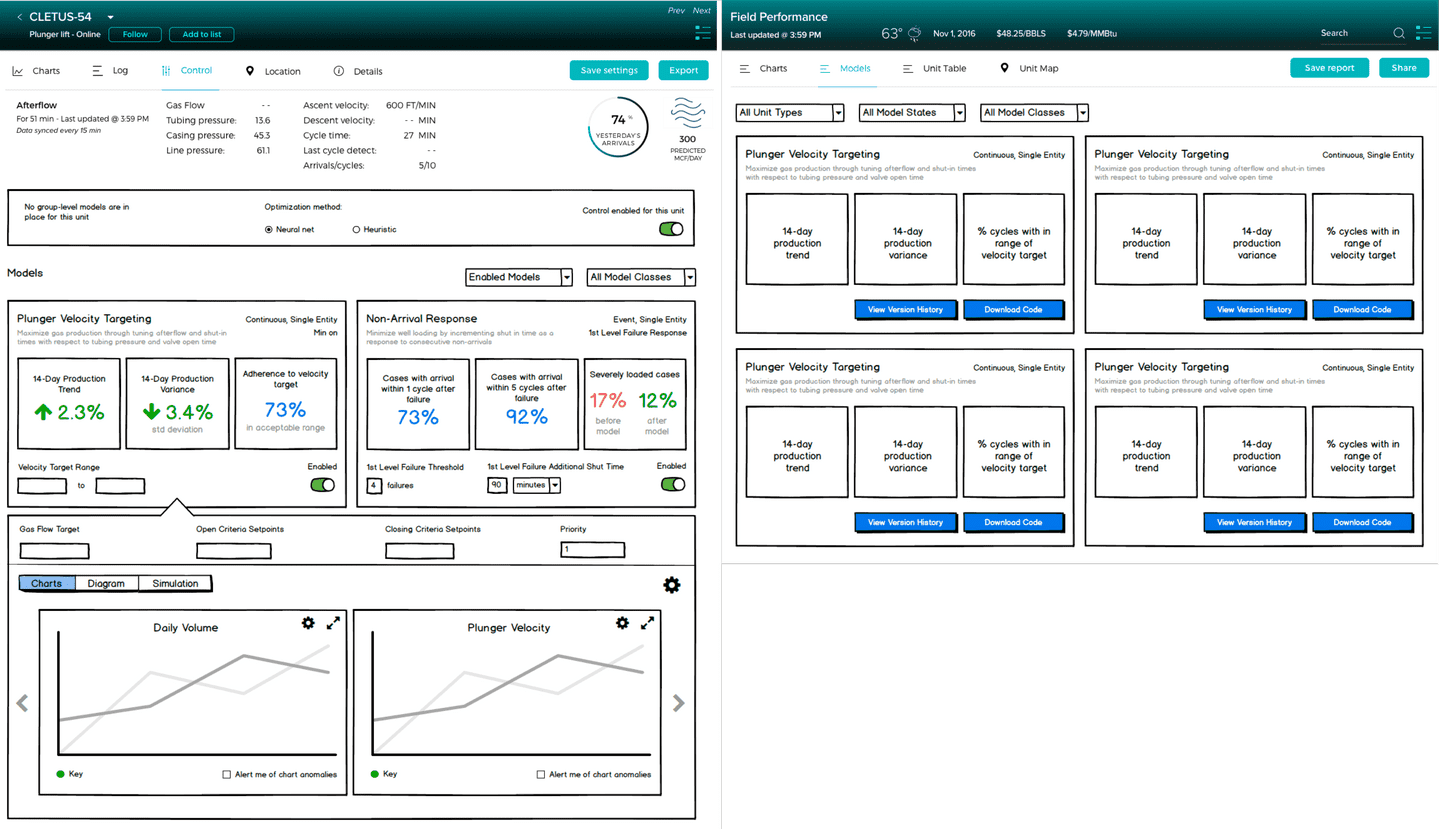 I knew that the super-optimizer needed to reference RTU settings to make model parameter changes, so initially I put them at the top of the screen as an expandable gray box. This felt a bit clunky, and when it was collapsed users mistook it for a header.

From feedback on these mockups, I was able to narrow down exactly what information was needed for each model parameter so I could refine this. 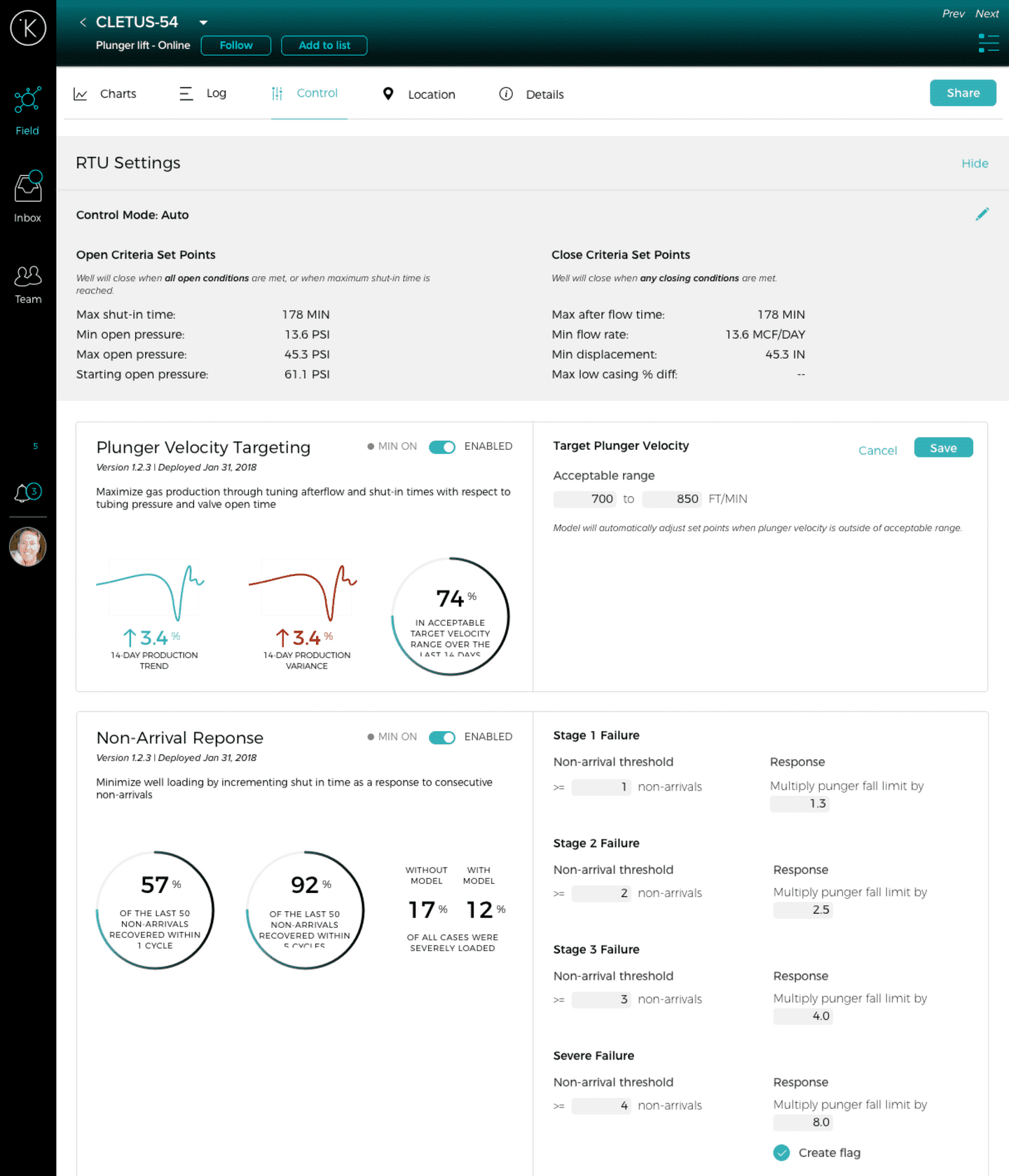 Model parameters are shown side by side with performance metrics to help inform the user’s decision. 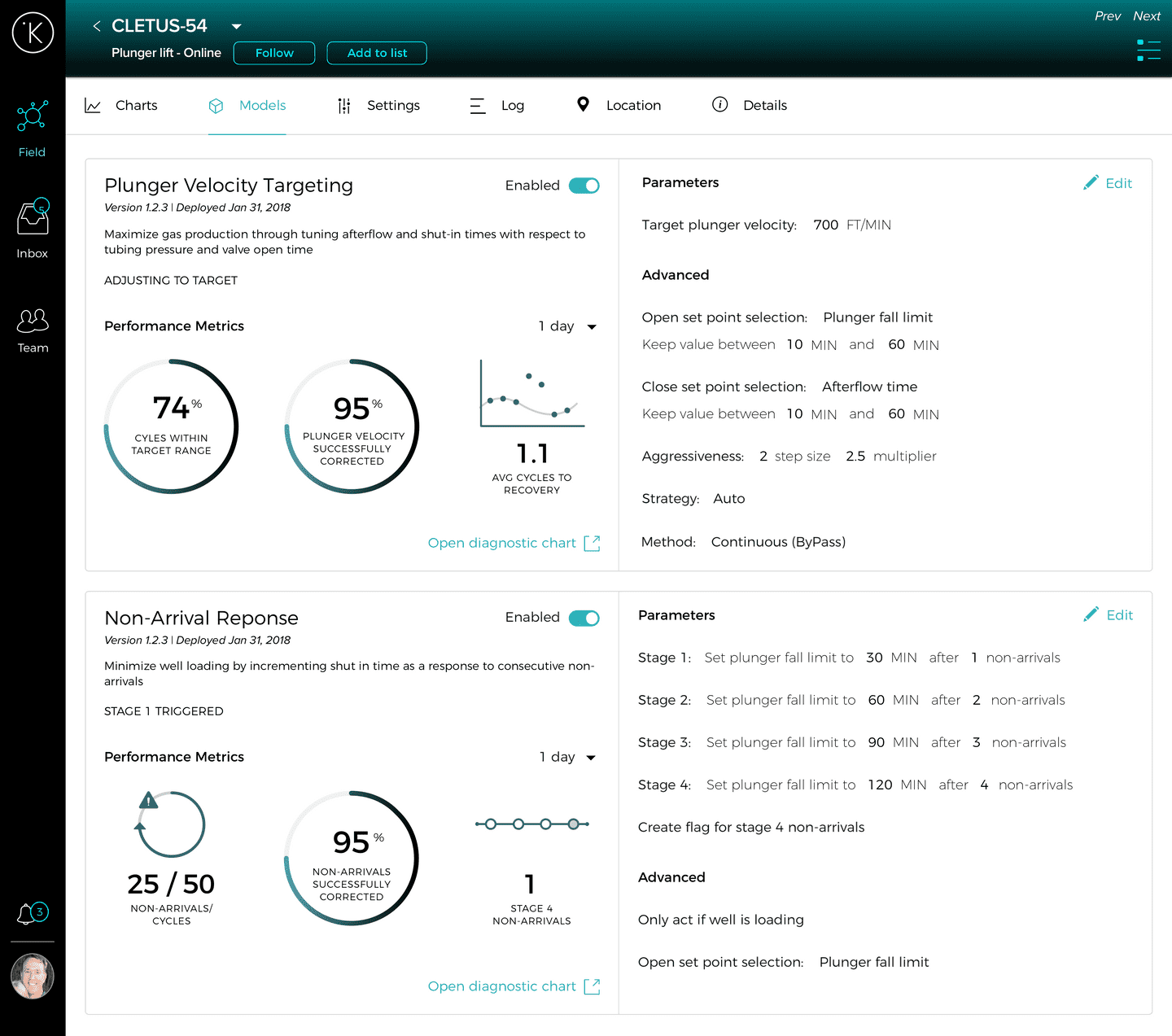 Editing a model reveals additional context in the form of calculated and current values. 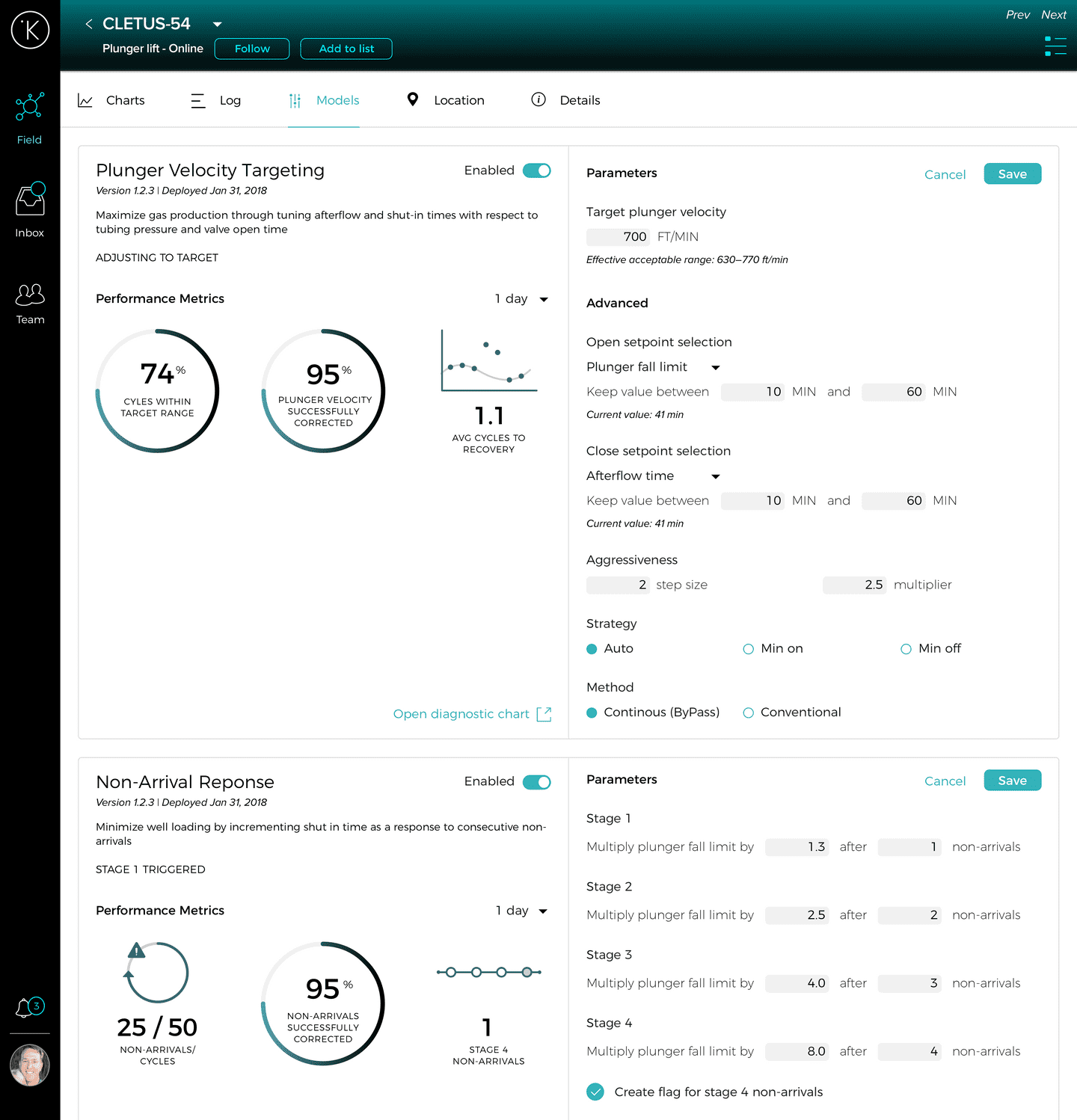 We recently released this internally and to all clients. It’s still early but we’re hoping to:

As development started, we realized that we needed to think in a more modular way with our layouts to support new models in the future. I worked with the development team to create components that could be built from a JSON file.

As we were rolling this out to production, there was some confusion about what each parameter means. This especially came up in training people who weren't familiar with the models. We added a tooltip component that could be added to the JSON, and I worked with the data team to get the language right. 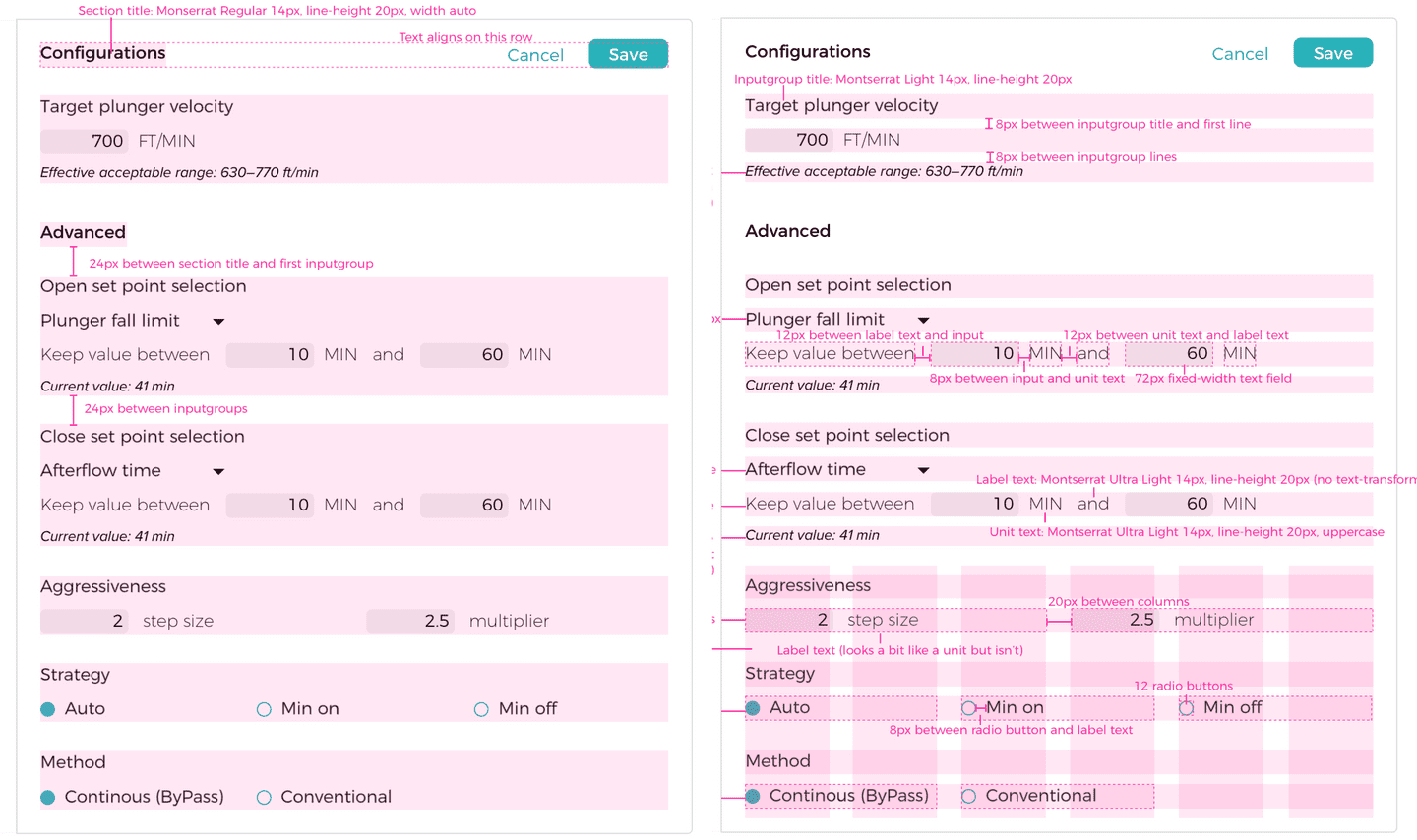